As of the 1st of January 2011 TOS (Transport & Offshore Services) will be the supplier of nautical temporary personnel (sailing) in the North Sea area for Rijkswaterstaat (part of the Dutch Ministry of Transport, Public Works and Water Management) for a period of three years. At the end of December a cooperation contract was signed between RWS and TOS The contract contains an option for prolongation of 2 years.

Since the nineties, TOS has partly crewed the oil pollution response vessels Arca and Zirfaea for RWS as a subcontractor. Ad hoc requests have been met with for other vessels. “This three-year contract really crowns the efforts of the past years.”, says Victor Mees. Mees is project manager Rijkswaterstaat for TOS In the past few years he has been involved in the crewing of the Arca and Zirfaea.

The contract of RWS Dienst Noordzee contains the control area of the Dutch part of the North Sea, the Atlantic Ocean and the inland waterways of the Netherlands. TOS thus covers all landing en mooring places on the Dutch shore from Flushing to Delfzijl.

TOS is a worldwide supplier of technical/nautical personnel for the entire maritime sector and carries out turnkey ship deliveries. “We have an international focus and operate worldwide just like our customers. Our share of the Dutch market is considerably strengthened by bringing in this order. It will have a positive effect on the recruitment of Dutch seafarers and inland shipping personnel. The designation ‘RWS Supplier’ certainly helps the communication towards our foreign customers. We are very proud that we have brought in this contract!”, thus Marleen Stuurman, Executive Manager Operations. 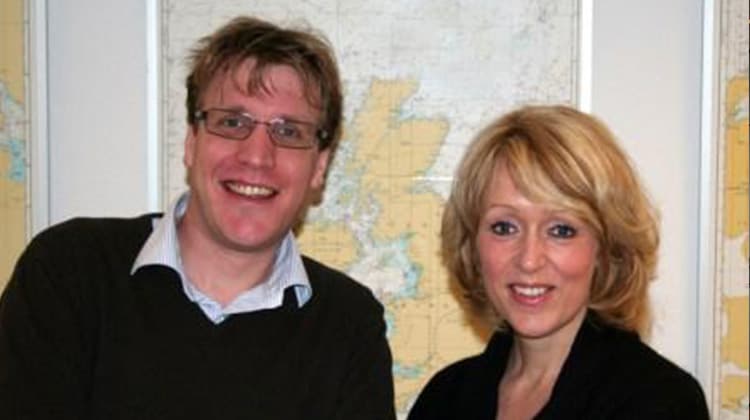