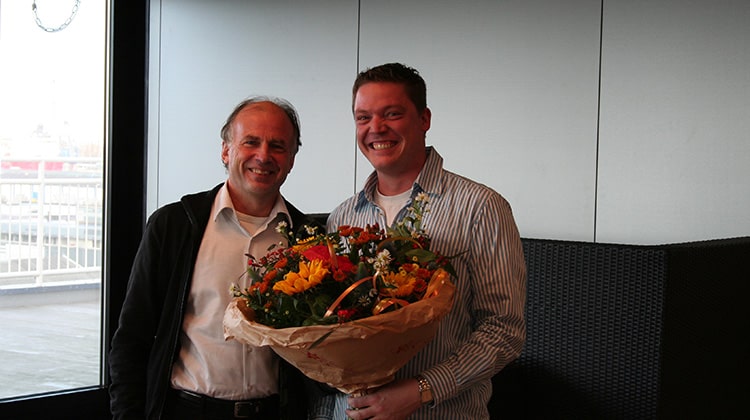 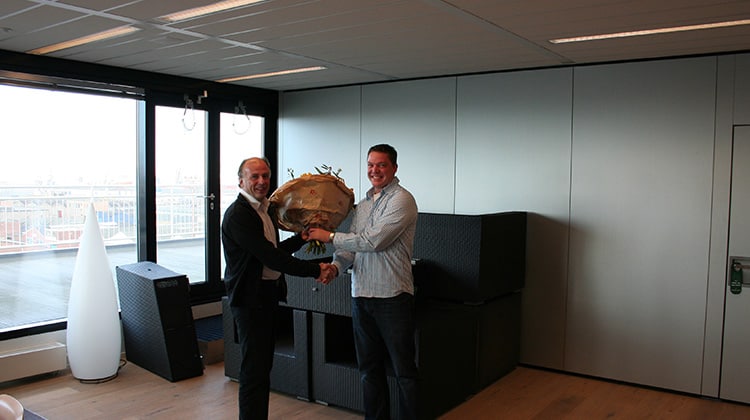 Five years ago, our colleague Ronald van der Kolk began his career at TOS. At first, he was responsible for our service spare parts. Within months he also became head of our ship delivery activities.

In 2008 he moved with his team to a new branch office in Barendrecht because of the lack of space at the Westerkade. At that time his team was counted, four persons.

December 2008 the head office moved from the Westerkade to the Waalhaven. Ronald and his team joined us again at the Waalhaven office. He is now Manager Division Nautical & Technical and manages a team of in total of five colleagues.

Kees Wagenaar -Managing Director- spoke to him and thanked him for the effort throughout the years.