Last summer, Strukton Immersion Projects completed a unique project in the form of the Chioggia Flood Barrier in the Venetian Lagoon. This barrier is part of the MOSE Project – a storm surge barrier under construction to close off the Venetian Lagoon from the Adriatic Sea. A team of seven TOS employees spent four months helping to immerse the caissons that will serve as the basis for the movable floodgates.

Strukton was responsible for the engineering and the execution of the floating, transportation and immersion of eight concrete caissons weighing 21,000 tonnes each. The caissons were built in 2012 and 2013 at a construction dock in Chioggia, north of the Bocca di Chioggia. Following construction the dock was submerged and the caissons were floated and transported by tug boats to the entrance of the lagoon where they were immersed. The storm surge barrier is being constructed at the three entrances to the Venetian Lagoon at Lido, Malamocco and Chioggia. The storm surge barrier consists of a system of caissons in which movable flood doors are installed. The system will only be closed during extremely high tides, similar to the Maeslant barrier in Rotterdam, the Netherlands. 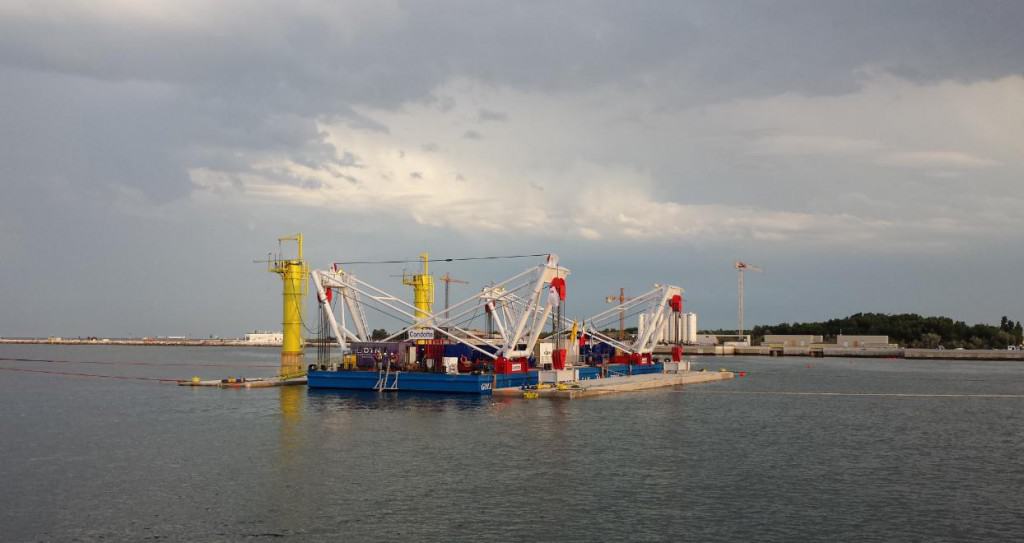 Strukton and TOS work together on flood barrier in Venice 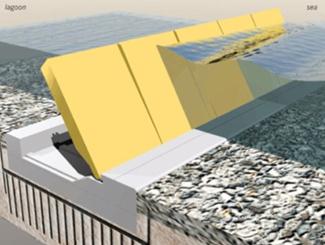 The role of TOS

Strukton and TOS have worked together previously on unique immersion projects. A team of TOS professionals worked for 3 years in Busan, South Korea, on the Busan–Geoje Fixed Link. That project was such a success that in the summer of 2014 Strukton once again called upon TOS to assemble a team. This team of seven TOS professionals worked for 4 months on a number of aspects of the work, including immersion of the caissons. ‘After four years TOS was able to deploy practically the entire ‘Busan team’. It was wonderful to see that the team immediately felt right at home with their Strukton colleagues and not only trusted each other, but also trusted TOS as an employer. It was another unique project and a good partnership’, said Maurice Reijm, Project Manager on behalf of Strukton Immersion Projects.