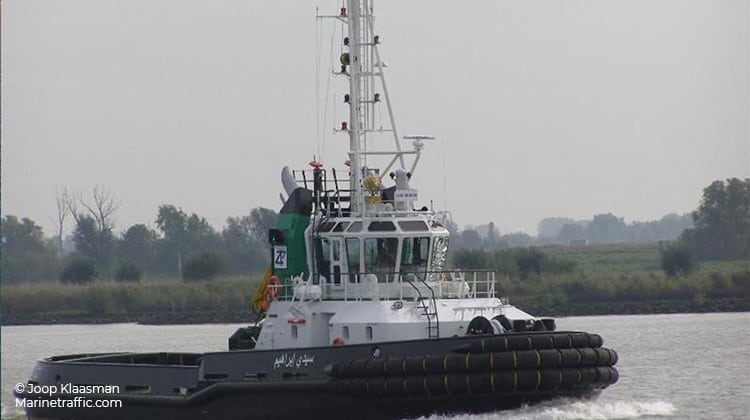 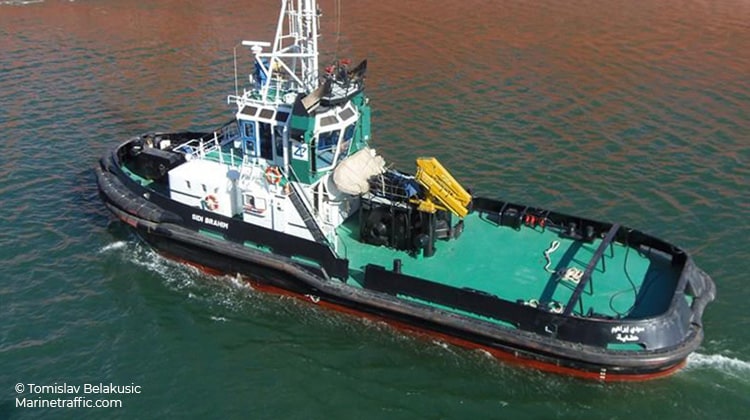 On 11 October 2006, the “Sidi Brahim”, named after an old Mosque in the port of Annaba in Algeria, lay ready and waiting. Departure had been postponed from 13th to 20th October since departing on the 13th would mean arriving during the Sugar Festival (end of Ramadan). This is a national festival in Algeria. We were not too happy about the postponement. The weather had been very good for the past few weeks along the route from the Channel to the Gulf of Biscay. It was now autumn and if the weather were to change, the trip could take weeks. But … the decision was not up to us.

We went aboard on 18th which involved: bunkering, taking on stores and installing a temporary satellite communication network and preparing the ship to set sail.

On Thursday morning two tugs from Broedertrouw lay ready to tow us out for draught reasons. This was in fact 4.50 metres: safety first. The two tugs were to tow us from the DAMEN Gorinchem harbour through the Dordtse bridge. From there we could continue under our own power from the 4th Petroleumhaven to Europoort where several mechanics needed to adjust the main engines in the afternoon.

Adjusting the regulators, because of smoking when increasing to full power, was no simple matter. An expert had to take a look, but by Friday evening the job was done. It was still planned to leave on Saturday morning. When starting the engines at 07.00 hours, something went wrong with the synchronisation of the generators. It was Wednesday 25 October before we could leave. As usual, the wind had waited to give us the clear sign that it was now autumn! It didn’t improve until after the Gulf.

A few details about the Sidi Brahim:
Now some information about the boat. This is a sizable vessel. Certainly for the destination port.

With 3 large round fenders at the front. We call it a ‘thick lips’ boat. The fire fighting equipment can supply 1000 m3/h water at 10 bar and foam by means of 3 monitors. The monitor on the mast can be raised a further 10 metres and can be operated by remote control. There is a winch on the fore deck for the Push & Pull work and a towing winch aft with 110 tons pulling power. And on deck is a Heila hydraulic crane which can be operated by remote control. In addition, a roll has been installed in the stern for handling anchors or oil pipes. The boat can also supply water to other vessels. Its storage capacity for this purpose is 40 m3. It takes around two hours to pump this volume across.

Continuing the journey:
By 1 November we had passed Gibraltar and could clean the boat so as to arrive spick & span. Or at least that’s what we thought. On the last day we caught the tail end of some Mistral or other and everything was covered with salt again. On Friday 3 November at 15.00 hours we moored in the port of Annaba right in front of the harbour police office. Plenty of security around. In recent years, the shipyard had delivered more than 100 vessels to Algeria varying from lighters, pilot boats, bunker barges to tugs. A very respectable number indeed.

The hand-over:
The Saturday was taken up by paperwork both for the boat and the crew. It was all very bureaucratic. The return journey was on Sunday and this involved: three planes, packing and unpacking cases several times, delays, lost luggage, a bomb scare at Marseille airport and then via Milan to Schiphol. Who thinks up a journey like that? What should have been a 9 day trip, ended up as 20 days. It is always longer and never shorter. Off for some leave and the next trip, because the shipyard still has plenty of boats under construction.