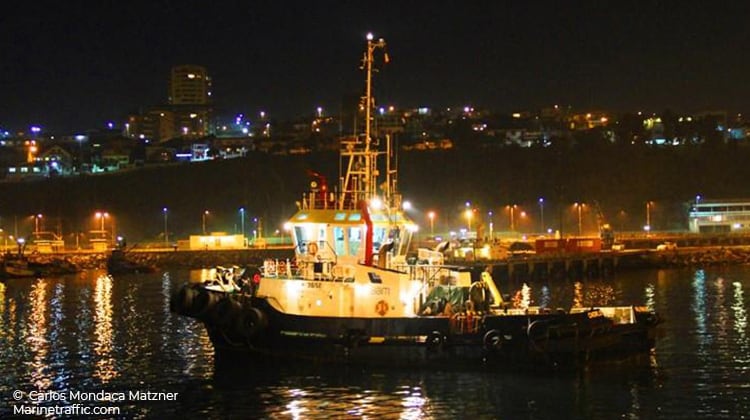 After five weeks at sea, our ship delivery crew was happy to spot land again. On the 17th of October the tug Chorlo arrived at Papeete port, Tahiti for a stopover. Tahiti is the highest and largest island at French Polynesia. It is located at a distance of 2,734 miles south of Hawaii, 4,908 miles away from Chile and 3,541 miles away from Australia.

TOS (Transport & Offshore Services) performs the delivery voyage of the tug Chorlo from Guangzhou (China) to her port of destination Valparaiso (Chile). The Chorlo is the 4th tug in a series of 5, which TOS will deliver for SAAM. The vessel departed from Guangzhou harbour on September 9th and is due to arrive at Valparaiso in the beginning of November.