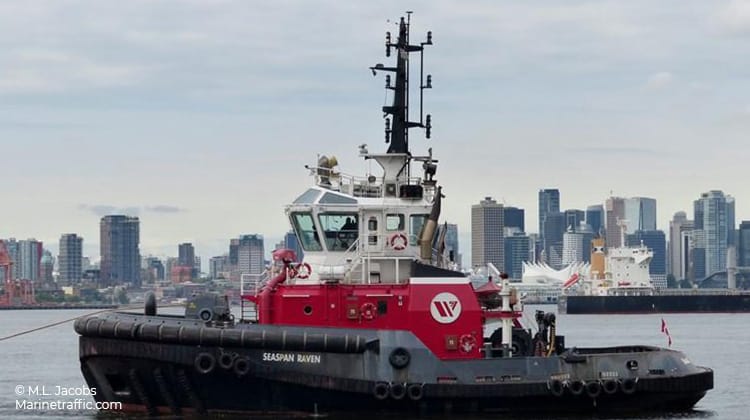 On the 12th of November, the ASD tug Seaspan Terminal III left the harbour of Tuzla, Turkey for a journey (ship delivery) of approximately two months.

A TOS crew sailed her under full TOS management all the way to Vancouver, Canada. The state of the art ship handling tug was built by Sanmar Denizcilik Shipyard of Istanbul, Turkey. The vessels will be used primarily to dock, undock and escort ships in Vancouver Harbour and Roberts Bank. The 28m tug will feature full fire fighting capability and will be amongst the most powerful vessel in use the waters of British Columbia (BC).

The ‘Seaspan Terminal III’ entering the Vancouver Harbour. The vessel will be named “Seaspan Raven”