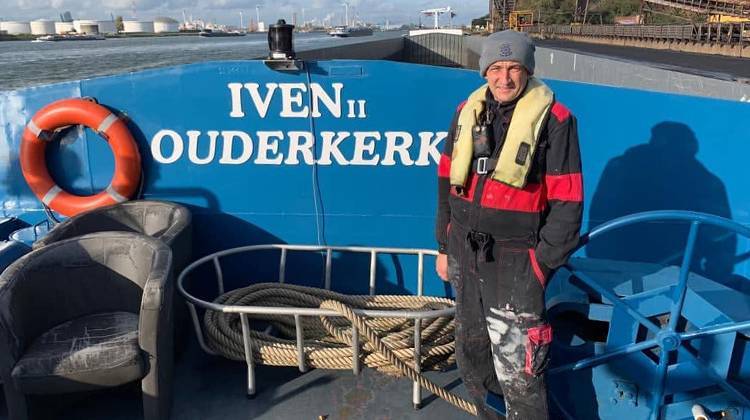 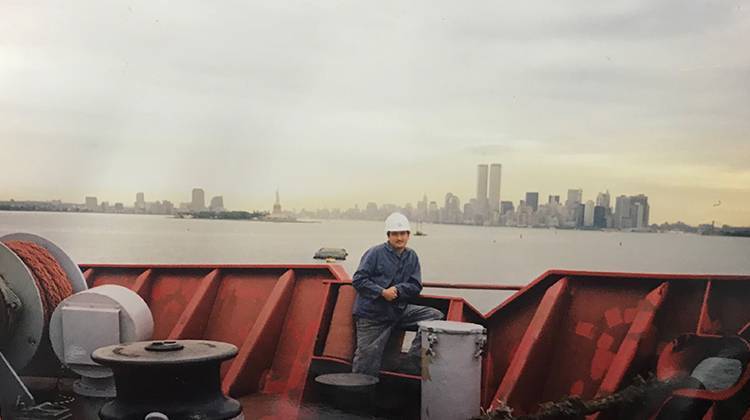 Meet Pavel Vitula: 45 years old and living in Děčín with his girlfriend and three beautiful children. ‘My dream has always been to travel. Perhaps by a miracle or by luck, I got into the Secondary Vocational School of Transportation in Děčín, into the class for Czechoslovak Maritime Navigation, which in 1988 was almost impossible. Only a select number of students was accepted each year.’ Pavel worked first at sea and, later on, he switched to inland vessels. Read here all about his life on water.

I TRAVELLED THE WORLD!

‘After graduation, I travelled the world. Travelling was unique and new to me. It was not allowed for the majority of Czech citizens because of the political situation at the time. After my apprenticeship, I started working on our ocean-going ships until most of these vessels were sold to other ship owners, although the operation of the ships showed long-term profits. I continued sailing under other ship owners, i.e. under other flags and other home ports. Even the Czech garrison (crew) went international, but as technology and progress continued moving forward, the port stops were shorter and hence there was less time for exploring other regions. I ended up as a first-class sailor/AB (Able Seaman). And most of the time, I used to sail on bulk ships (coal, grain, containers, iron, etc.).’

‘After 13 years at sea, I decided to try something else; something even better that would allow me to travel again and get to know other countries and regions. A good friend once told me that his brother (Rudolf Žák – Czech Branch Manager at TOS) works for the Dutch company TOS that has an office in Děčín, which was perfect because it was near my residence. Because I was very interested in the job offer, TOS gave me a chance. For the first time in my life, I started working on riverboats.

For the first five years, I sailed on a container ship. The work was almost the same as at sea but, of course, on a smaller scale. It was all on-board work such as grinding, painting, etc. We do have to moor the vessel more often, but that has never been a problem for me. At least I was able to see the beauty of European ports and cities. After the owner and the captain sold the boat, I tried some other ships including a tanker. I am currently working on a ‘koppelverband’ (inland vessel combined with a barge) for three years, which suits me well. I like it here. I am a crewman and work with a Polish colleague here, so I can brush up on my marine knowledge and my English. I knew that Rudolf Žák also sailed at sea and on the rivers. So, when I visit the Děčín office, we talk about our memories of being at sea, seeing the world and the good old days. At TOS, there is a relaxed and helpful team that takes care of everything.’