On the 8th of May, adventurer Ralph Tuijn has departed for his third ocean crossing. This time, he will cross the Indian ocean in a rowing boat for charity purposes.

His only tools for execution of this spectacular challenge are his boat named “Me Inc.” and his strength, as the boat is manually controlled only. In a few weeks, the crossing will start in Australia and the goal is to reach the African mainland approximately 120 days later.

The crossing is also an attempt to set a new world record. Until now 31 earlier attempts were done, of which less than half were successful, but none of them ever actually reached the continent of Africa. In addition, Ralph’s crossing will be, in case of success, the longest solo crossing of the Indian Ocean in a rowing boat ever. Over 10,000 kilometres. Ralph faces the challenge of this difficult crossing with unpredictable currents and heavy weather, which are quite a common phenomenon in the Indian ocean. A dangerous expedition altogether.

Charity
The purpose of the challenge is to draw attention to and raise funds for the Annelies Fund (Dutch website) and for the realisation of safe drinking water facilities in Africa. TOS will report weekly on Ralph’s progress on our website, Facebook and Twitter.

‘TOS was here’
Our company and Ralph are definitely no strangers. In 2008 he cycled 1.100 kilometres from Lhasa (Tibet/China) to Kathmandu (Nepal) in almost two weeks time, accompanied by Leo Boersen (AKD Prinsen Van Wijmen). They contributed to our ‘TOS was here’ campaign by sending the below picture. 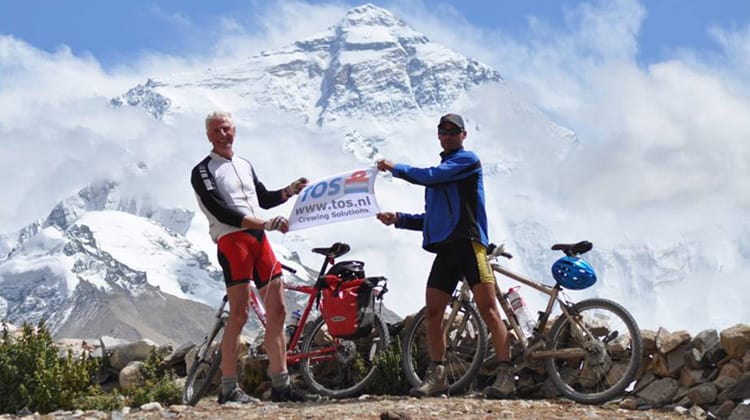 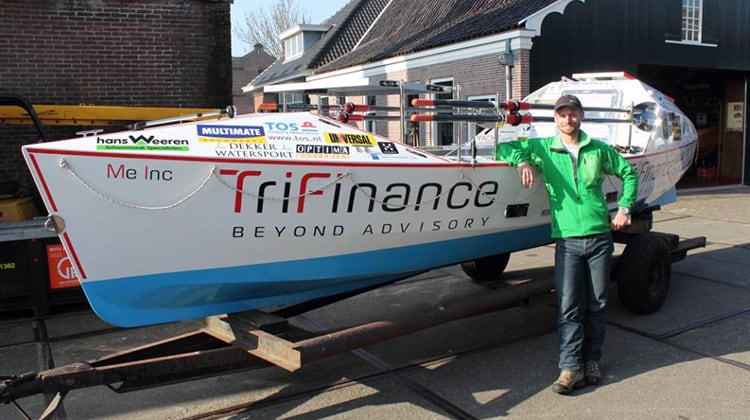